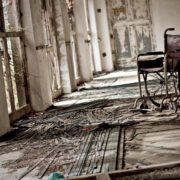 The absurdity of the world: poaching